Well, it’s about time we did something about the pervasive health hazard that has taken over our schools — the evil birthday cupcake.

This long-overdue action was taken locally by the wise leaders of schools in Mansfield, Mass., (here’s the Boston Globe story), saving hundreds of kids in that town from the ravages of butter, chocolate, and sugary frosting.

School officials cite the alarming rise in childhood obesity and a spike in food allergies as support for their decision.  And they’re not alone — many districts in Massachusetts and other states have started a serious crackdown on sweets.

Whew.  Now I won’t feel like such a dork when I hand my kids a slice of watermelon with a candle in it for their birthdays, as Janice King, president of our state’s School Nutrition Association, has suggested be a better option.

Except, I can’t, at least not for my oldest child.  She’s diabetic.  All those fruit sugar carbs are a big no-no for her.  Sorry, Janice.  How about a nice bowl of spinach? 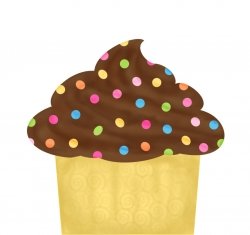 The funny thing is, the school cafeterias probably are a bigger contributor to the poor diet of our kids than the occasional birthday treat.  I know.  I get a monthly printout of each lunch — every component broken down to grams of protein, fat, carbs, calories, etc. — in case Mitzi wants to buy lunch one day.   Sure, there are choices that are better than others — an iceberg lettuce salad, for instance — but really.  Are your third graders choosing that over chicken nuggets?

I understand the issue of food allergies, sure.  It’s terrifying to know that there are foods out there that could make your kid sick — possibly kill her, if not handled immediately.  I get that.  Because diabetes is a little like that — without taking insulin, any carb, be it sugar or flour, fruit or cracker , can cause my kid harm.  It won’t kill her, you say?  Well, she spent three days in intensive care last year with blood sugar so high it almost killed her.  As a parent, it’s my job to make sure that she doesn’t eat what she’s not supposed to.  It’s my job to teach her the rules, enforcing them, working with other adults around her to ensure her health and safety.

But I have never, ever told another parent that HER kid couldn’t have a lollipop or candy cane just because it’s a danger to my kid.

Perhaps if I lived in Mansfield, parenting a kid with food concerns would be easier.

As for the other argument — the one about our kids being fatter than ever — maybe the school committee in towns like Mansfield should reinstate daily gym classes instead.  Calories in, calories out.  You eat, you move.  If you move less than you eat, you get fat.  When kids have virtually no time during the day to run around, they are likely to put on weight.  It’s that simple.  It’s not the birthday cupcake once a month that’s doing it, folks.

Oh, Jen, I hear you say, the kids have all that time after school to run around and get exercise.  Well, you might be right.  They might have that kind of time — if they don’t have to go to after school care because they have parents who work.  Or if they can find time after the hours of homework they get.  Or if they among the very few children who can play freely in their yards and neighborhoods, riding bikes and building forts and shooting hoops and skipping rope.

Aha!  How about, before singing Happy Birthday, we have the class do fifty pushups?

Every day well-meaning adults do what they can to protect kids from harm, real or perceived.  And we should — we’re the grownups, after all.  But we’re going about it the wrong way.  Simply eliminating access to something is not going to teach your child anything about making choices.   It’s a very big world out there, and unless you plan on accompanying your child for every second of it, she is surely going to face a conflict and have to make a choice on her own.   How will she know what to do, if she’s never done it before?

As for birthday cupcakes, well, I’ll keep baking them and serving them.  Some kids, like my own daughter, won’t be able to indulge.  But that doesn’t mean her brother or sisters can’t — or the other kids in the world.  For my daughter, I’ll make something else.

And don’t worry — at our family parties, I always offer fruit salad.  And I’ll make sure to run the kids ragged to make sure the cupcake won’t tip your bathroom scale.

As for the grownups and your celebratory indulgences?  I’m afraid you’re on your own for that one.  No one’s banning truffles and champagne.

At least, not yet.

14 thoughts on “You can have my cupcake when you pry it from my cold, dead hand….” 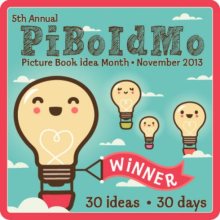